CBD VERSUS THC: WHAT IS THE DIFFERENCE

CBD has become one of the most popular supplements on the market today. As of a year ago, more than 1 in 7 Americans have tried the compound, and those numbers have unquestionably increased since then. That means that almost 47 million people are have tried and are probably now relying on a natural and non-addictive alternative to address discomfort and nervousness. These are huge numbers, and they are even more astonishing when you look at them in context: CBD has only been legal at the federal level since December 2018, when the U.S. government passed the 2018 Farm Bill that removed CBD from the list of Schedule One drugs. However, as a newer supplement to the market, there remains questions of what exactly CBD is, what it does, and how it is different from marijuana. Furthermore, when it comes to CBD versus THC, many consumers are confused, as they don’t know the difference between the two compounds.

CBD is short for cannabidiol. It is a specific type of cannabinoid that is found in the hemp plant and produced by a variety of methods that involve extracting the oil from hemp. Once extracted from the hemp plant, it can be placed into a variety of consumable ways, including topicals, tinctures, bath bombs, and more.

THC is short for tetrahydrocannabinol and is the active ingredient in marijuana. THC has two sources; the marijuana plant, and trace levels of THC can also be found in the hemp plant.

THC is best known for being the active component of marijuana and is directly responsible for the pleasant (and sometimes anxious), intoxicating sensations someone feels when they consume marijuana.

A cannabis plant that has .3% THC or higher is marijuana. If the plant has less than .3% THC it is hemp.

CBD VERSUS THC: WHAT ARE THE SIMILARITIES?

As noted above, there are similarities between CBD and THC. First, it is worth noting that both CBD and THC are phytocannabinoids. They are compounds that interact with the endocannabinoid system in mammals. As such, they are the same family as endocannabinoid, made internally by all mammals.

Both hemp (CBD) and marijuana (THC) are cannabis plants.

Second, both CBD and THC can both come from a hemp plant, and levels of CBD can be found in the marijuana plant as well. However, from there, they have many different impacts. As such, while CBD and THC are related, the physical and mental effects contrast as CBD has a much more mild effect.

Third, both appear to have benefits. Indeed, marijuana – which contains relatively high amounts of THC – has been legalized for medicinal purposes in 33 states and Washington, D.C. Many studies have found that marijuana and THC have medical benefits. The same has been found with CBD, as some studies have determined that CBD has some benefits when it comes to addressing specific conditions. Additionally, a prescription drug that is CBD-based became approved for use by the U.S. Food and Drug Administration. That drug is Epidiolex, and any doctor can prescribe it for the treatment of two seizure disorders that children may suffer from.

CBD VERSUS THC: WHAT ARE THE DIFFERENCES?

There are many differences between the two cannabinoids. Indeed, the differences far crowd out the similarities.

Intoxication is another critical difference between the two compounds. CBD produces no level of intoxication. That is not to say that it doesn’t have some psychoactive effect – it does. Furthermore, Full Spectrum CBD, if produced legally, may have up to .3% THC. However, this is not enough to result in intoxication, although it is possible(albeit unlikely) that Full Spectrum CBD may show up on a drug test. Marijuana, of course, is entirely different, and the consumption of THC will likely result in some degree of intoxication that will also show up on a drug test. Indeed, this is the main feature of marijuana and the reasons why so many people use the compound. 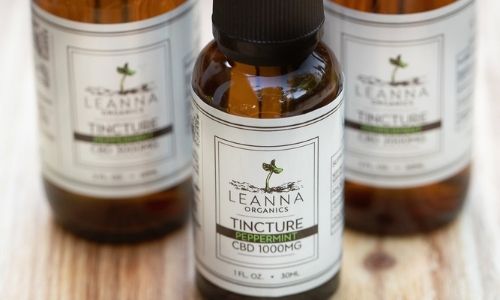 The primary difference between THC and CBD is that THC is intoxicating, and CBD is not.

THE LEGAL STATUS : CBD VERSUS THC

The legal status is also a critical difference. As noted above, Medical Marijuana is legal in roughly 2/3 of the states in the country, and that trend is likely to accelerate in the next few years. Recreational marijuana is legal in eleven states and Washington, D.C., and more states expect to legalize it in the future as well. However, even within those states, many laws remain in effect about when and where you can consume marijuana, driving while under the influence, crossing state lines, and more. CBD, by contrast, is legal at the federal level, thanks to the passage of the 2018 Farm Bill. CBD is available in any store that meets local criteria, consumed openly, ordered on the internet, and carried across state lines.

The legal status of both compounds has implications about where both products can be purchased. Even in states where it is legal, marijuana and THC is only available at specially licensed vendors, often called dispensaries. These vendors must meet extensive background checks, regulatory requirements, and more. CBD, however, is sold as an over the counter supplement. Indeed, it is available almost everywhere these days. Another critical factor is that CBD is available on the internet, while products like marijuana are not.

The residue of confusion over the difference between CBD and THC is likely to remain over time, but the good news is that it will eventually fade as more people become used to both products. It will take time and further legalization, but, likely, people will ultimately understand that CBD and THC, while different in many ways, both come from the cannabis plant and have therapeutic benefits. CBD is not intoxicating and has a much more mild effect compared to THC.

What is the difference between hemp oil and CBD oil?

CBD for cats and dogs